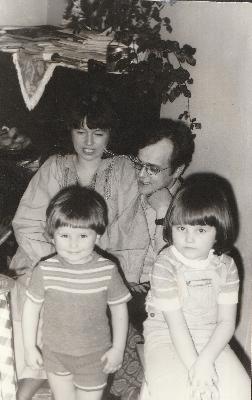 Grażyna and Andrzej Krzanowski with their children (Kamil and Aleksandra), photo: family archive
Music played a special role in Andrzej's family: musical values ​​were intertwined with families in an inseparable knot. With the Krzanowski family, everything was family-musical as well as music-family. [...] In times of crisis, as well as art and family, the figure and work of Andrzej radiate with some enormous good. An artist and a man who - against the times - created music with love and created a loving family.
Krzysztof Droba