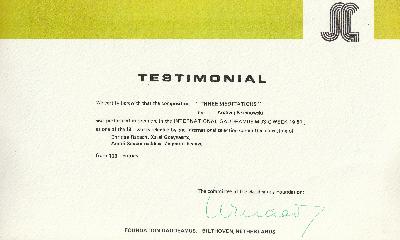 The diploma of the Composers' Competition of the Gaudeamus Foundation, during which the work Three Meditations for Accordion received a distinction, photo: family archive
Andrzej Krzanowski, from the first years of his composing activity, strove to create his own "musical world". He used the achievements of the past and combined them with his own ideas, which he often "absorbed" from the world around him.
Jagna Krzanowska