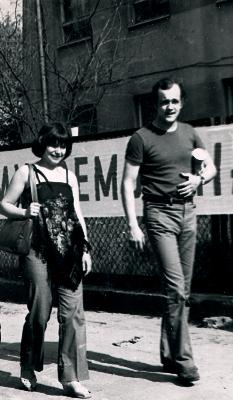 Grażyna and Andrzej Krzanowski in Stalowa Wola, photo: Stanislaw Szlezak
He was undoubtedly an original music poet. He had a poetic kindness towards the world and people, tinged with a haze of melancholy, and at the same time cheerful - although he was certainly not an eccentric in the style of fin de siecle poets or rebellious, depressed existentialists.
Leszek Polony