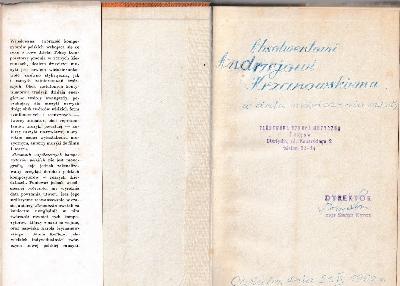 Almanac of Polish contemporary composers - award given for graduation form the State Music School of the 1st degree in Oświęcim, photo: family archive
Krzanowski's interest in sound, its specificity, timbre and duration manifested itself before his studies, during his schooling. The first compositional samples showed the hallmarks of his later stylistics and the treatment of sound or their complexities as a different kind of continuum of continuous or repetitive sounds with fluctuating dynamics.
Jagna Krzanowska