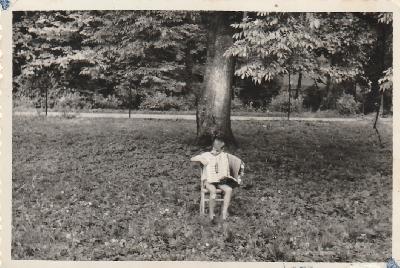 Andrzej Krzanowski in the park in Czechowice-Dziedzice, photo: family archives
I grew up in a small town with only two music teachers - one taught the violin and the other the accordion. I dreamed of becoming an accordionist.
Andrzej Krzanowski