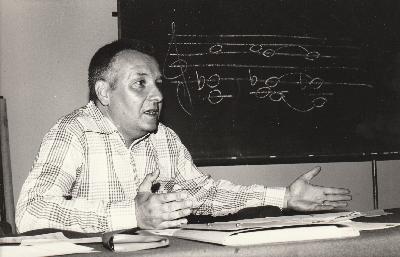 Henryk Mikołaj Górecki, photo: Wacław Pintal
Henryk Mikołaj Górecki was for Andrzej a great authority and a great composer. Classes often took the form of long conversations about music, literature, art and life. Górecki allowed Andrzej true freedom in his creative activities, did not change them according to his own concept, and often did not even see the currently written score. But due to his strong and charismatic personality, he was a true master for Andrzej, leading him on the path towards truth, independence and honesty.
Grażyna Krzanowska