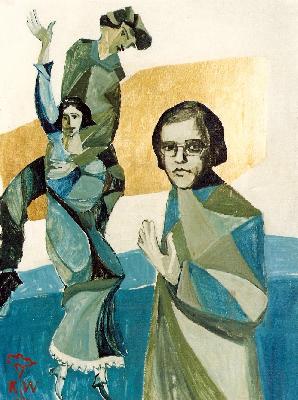 Drawing donated to Grażyna Krzanowska by Halina Kraśko, author not named
Krzanowski (...) creates poetry from his music; (...) he fills his music with poetry, saturates it just as he fills poetry with his music. In its romanticism, Krzanowski's music is deep, warm and touching at the same time.
Andrzej Chłopecki