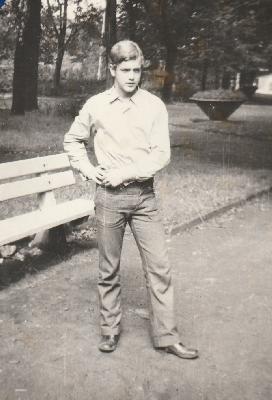 Andrzej Krzanowski in Lasek Park, source: family archives
[…] He was a boy just like the others. Lively and cheerful, kind and affectionate, very emotional and gentle in interactions. He studied well. He was a good friend […] Andrzej loved his accordion. He never refused to play at school and scout parties [...] His bond with the class teacher was not severed after graduation. He would come, share his successes, invite him to the academy's auditorium for his recitals ... Andrzej did not let his successes go to his head.
Bolesław Szczypka