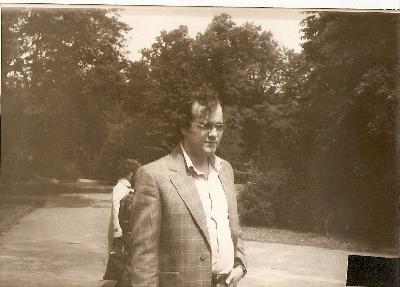 Andrzej Krzanowski in Czechowice-Dziedzice, photo: family archive
When one looks at the list of Andrzej Krzanowski's works, the density and intensity of his scope are impressive. Symphonies, quartets, choral pieces, multimedia rehearsals, computer music are proof of its multiple possibilities, but accordion pieces - solo, chamber, in various sets and configurations, filling the space, ranging from virtuoso to those intended for children, indicate the field that Andrzej Krzanowski has chosen to practice. In this stubborn cultivation, he was representative of craftsmen, in the best sense of the word, e.g. of the Baroque period, who treated their profession as a task to be fulfilled, as a service to those who needed this activity.
Andrzej Chłopecki