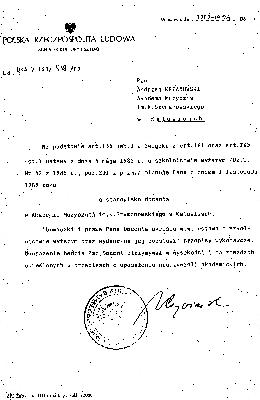 The letter appointing Andrzej Krzanowski to the position of associate professor, photo: family archive
All these more or less refined forms, more or less innovative compositional means served Andrzej Krzanowski to achieve the overarching goal: to influence the listener as much as possible, to convey emotions and reflection on life and passing, to move him or her.
Jacek Rogala