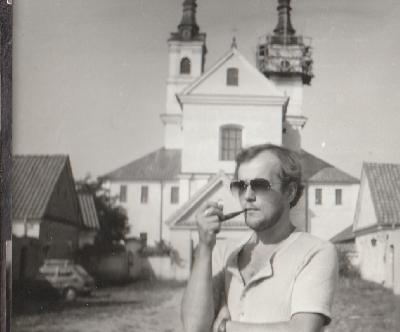 Andrzej Krzanowski with his inseparable pipe, Wigry 1982, photo: family archive
He was a visionary who certainly did not compromise in music. He gave off the impression of being a man who creates regardless of the surrounding reality, regardless of whether the work has a quick chance to materialize in the form of execution or not.
Marek Andrysek